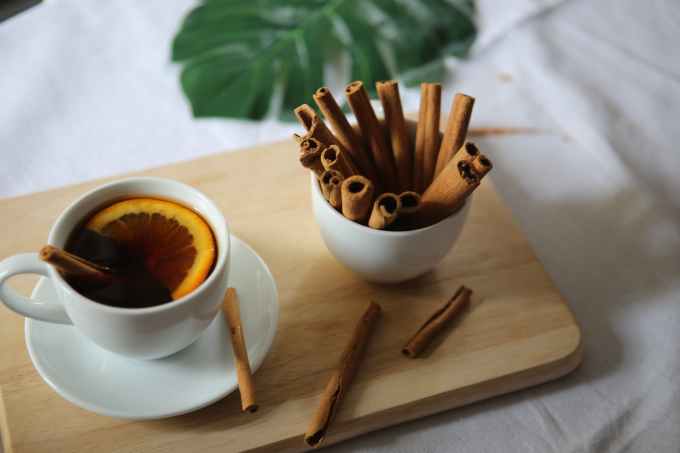 At the base of this post is the question, will cinnamon benefit your blood sugar control?

I’m not using much other than opinion and personal experience here; for any of you interested in science based posts.

Sure science investigates, but it won’t find anything positive about natural treatments so long as the studies are poorly funded. They care about researching for rich medicinal and pharmaceutical companies. The recent news about ‘serotonin’ and ‘depression’ being a good example as to why you shouldn’t a) trust science, and b) trust research outcomes like these. People need to use their own experiences, trial and error in life.

Cinnamon is a spice obtained from the inner bark of several tree species from the genus Cinnamomum. Cinnamon is used mainly as an aromatic condiment and flavouring additive in a wide variety of cuisines, sweet and savoury dishes, breakfast cereals, snack foods, teas, and traditional foods. The aroma and flavour of cinnamon derive from its essential oil and principal component, cinnamaldehyde, as well as numerous other constituents including eugenol. – Wikipedia.

Just before we move on, it says aroma and flavour are derived from its essential oil. I have used the essential oil form and it is very potent, warming and calming and would make a cold day feel better. Although there is a heatwave coming again, thank God.

I noticed that using cinnamon powder does in fact help control blood sugar and I noticed it was back in 2017. You see I bought a tea and cake at a cafe, being unaware the cake had cinnamon in it. I checked my sugar when I got home and it was perfect, in the normal range. I was suprised as I was sure the sugary treat would raise the blood sugar levels. I was suprised and mentioned at the time. So I had more food later in the evening and suprise again, stable perfectly normal levels. There may be various reasons for this, like reduced stress – I was with my father at the time as he’d come to visit me (RIP, Dad). Anyway we had a good night.

Later I tried using the powder and it did not have quite the effect as being baked. I suspect the amount in the cake contributed to the effect. Of course future use of both cinnamon sticks and powder has revealed the same thing that it does stabilise and control blood sugar levels. It doesn’t quite have the same effect in that blood sugar did fluctuate, rather than staying around the same point. I can say with certainty that it was cinnamon causing this.

Since you won’t have trouble adding this, because it is tasty, you can add it to: cakes, tea and coffee, baked goods, sprinkled on food and dessert… many options. I like to stir my drinks with a cinnamon stick.

However there is some caution to be exercised with the cinnamon. You should be aware that there is two varieties that I am seeing in British supermarkets. A lot of companies won’t tell you on the label, and if you enquire they jump straight to the ‘it’s safe’ argument, despite never questioning the safety. It’s probably because it isn’t safe, in big doses.

Ceylon cinnamon is much safer for your body and liver than cassia cinnamon. I use ceylon with no issues, however should you choose cassia do not exceed 2 teaspoons a day. That is a lot. I have to add that the benefits I saw came from cassia cinnamon too, so make of that what you will.

Ultimately blood sugar control should be a consideration for many people, you should try and keep to a healthy diet that promotes wellbeing and health and adding cinnamon seems like quite the addition. Maybe this will have a bigger effect for those with diabetes, or pre diabetes than those without. It won’t hurt to try. It’s tasty and I promote that.

Thank you for reading. I am not paid by anyone for my posts and I do not accept payments to sponsor products or foods.